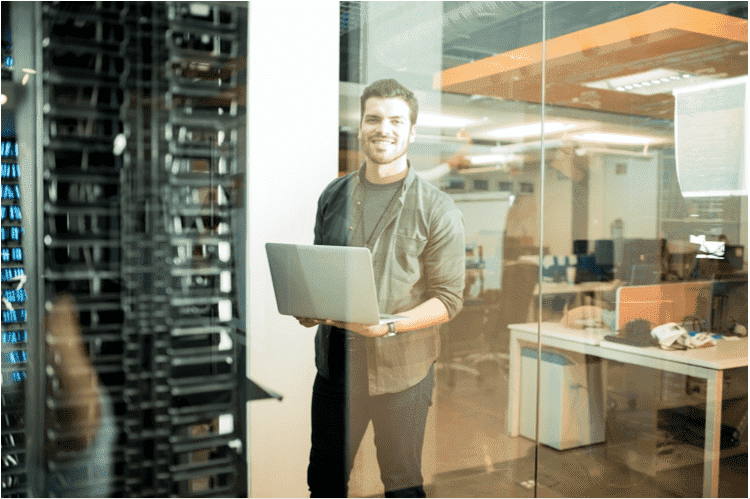 How to Start an IT Career with CompTIA’s Trifecta

By ronnie Career, IT, Uncategorized No Comments

Whether you’re a young professional kicking off your career or you’re looking for a career change, choosing a career path isn’t a decision you’ve taken lightly. You know you want a fulfilling, enjoyable career with ongoing potential. You also want a career that pays the bills.

This is why so many professionals are diving into IT careers. Every day holds a new challenge and the field has a particularly high income potential.

In fact, the median IT job salary was about $88,000 last year. Compare that to the median across all industries which was under $40,000.

If you want a way into an IT job, you don’t need a four-year degree. The CompTIA certification trifecta and IT training classes could be all you need to launch your career.

What Is the CompTIA Trifecta?

CompTIA is the common name for the Computing Technology Industry Association. It’s a non-profit organization for the IT industry. While CompTIA has many functions, it’s best known for its certification exams which have become well-respected and globally-recognized qualifications for any IT professional.

The organization has many certification exams for different specialties and topics in the IT realm. However, there are three basic essentials that create a terrific gateway into IT: A+, Network+, and Security+. You don’t need any formal training to take these exams, though many candidates choose to take IT training classes that specifically cover the material for the exams.

CompTIA A+ is considered to be the cornerstone for any IT professional. It’s a general overview of information technology, covering a wide range of topics. However, it focuses largely on knowledge for IT support professionals like hardware troubleshooting.

The A+ exam is actually a series of two exams. Some of the questions are knowledge-based multiple-choice questions while others require you to demonstrate your skills. The exams cover topics like IT hardware, basic networking, software troubleshooting, security, mobile device support, and support for the major operating systems.

While the A+ exam covers some light networking, Network+ is a deeper dive. This exam covers all the ins and outs of IT networks, from initial setup and configuration to security and support.

The format of the Network+ exam is similar to the A+ exam: a mixture of multiple-choice questions and performance tasks. The Network+ is a one-part exam rather than a two-part exam, though.

The exam will test your knowledge of networking devices like routers and switches, network infrastructure, network security, virtualized networks, and cloud networking. You’ll need to know how to initially configure a network as well as how to manage it and troubleshoot issues. It’s also worth noting that Network+ is the only networking exam that certifies you for both wired and wireless networks, so it’s a highly-regarded certification.

IT security is a critical concern today as hackers become more and more sophisticated. Hackers are also finding more ways to make their talents profitable, so any business or organization is a potential target.

If you want a job in the growing world of cybersecurity, the CompTIA Security+ certification is a valuable asset. This exam covers a wide range of security-related topics such as the key types of vulnerabilities and security risks and how to protect against them, how to detect security breaches, network-based & host-based security technologies, wireless security, disaster recovery, access management, and mobile device security.

Similar to Network+, the Security+ exam takes place in one session. It also features a mixture of multiple-choice questions and skill evaluations.

Where to Start with the CompTIA Trifecta

Getting your A+, Network+, and Security+ is a fantastic goal, but it takes time. You’re likely to need at least a few months of studying and preparation between each exam, especially if you aren’t well-versed in IT already.

The best path is to start with your A+ certification. Because the A+ exam covers some networking and security topics, your preparation for the A+ exam will give you foundational knowledge that will set the stage for the other two exams.

In addition, an A+ certification alone will qualify you for a wide range of entry-level IT jobs. This lets you start your career while you prepare for the other two exams rather than waiting until you’ve taken all three. When you have the additional certifications, you can decide how you want to specialize within the field and where you want your career path to go.

The best way to train for your A+ certification and the other essentials is with an IT training program. At ICOHS College, we offer two IT programs depending on the career trajectory you want: IT Network Specialist and IT Systems Administrator.

Jumpstarting Your IT Career with the CompTIA Certification Trifecta

IT is one of those fields that seem complex from the outside. When you start taking IT training classes at ICOHS and learning more about the various systems and how they work, you realize it’s an accessible yet high-earning career that doesn’t require you to put everything on hold for four years to get a degree. Dedicated IT training courses and the CompTIA certification trifecta can launch your career before you know it.