The Natural Healing Properties of Thalassotherapy for Veterans – by Alicia Leos

In 2011, I was spending my days on a hill in Khowst, Afghanistan. Thanks to the training, I was always ready, “To deploy, engage, and destroy, the enemies of the United States of America in close combat,” (The Soldier’s Creed of the United States Army). Whether I was inside or outside the Concertina wire that covered the tops of our HESCO barriers, I accepted that our two platoons of the 870th Military Police Company were surrounded with people who wanted to kill us. I experienced how the war changed the way I viewed the world, the judgment I gave myself, and how it changed the service members who haven’t touched their boots on bloodied soil. All veterans served, spent owned time with a Drill, (Term for cadre of boot camp instructors), and are taught in any military basic training a rule with no name which brands warrior hearts to be in it for each other till the end, and it goes like this; ‘Nobody, gets left behind.’

Today, a lot of our discharged armed forces members suffer through a deficit of assurance when it used to be there in abundance of benefits while they were in the service. A lack of purpose can crash over as waves of regret and resentment to the ones who wander the halls of the V.A. In a different time, they had a special type of confidence the moment they swore an oath to become an active member of a force that assigned them a duty to protect and defend the people of the United States of America. This duty is a job that was bestowed on them by the right of the ink above a dotted line that follows behind a legacy of those who sacrificed with blood, tears, and nightmares. Instead of finding glory for the fight of freedom, they discovered flags impaled in the backs of the dead before them. Once upon a time, the friends and families out there who once prostrated before the squared away heroes they thought they knew didn’t question a thought such as, ‘Yeah, they would kill, or even die for me.’ It’s not long after the dust settles that those veterans are fighting to unlatch the demons that followed them home from work. These vets suffer a serious disconnection from people who were once familiar in their pre-military lives and have some others questioning if they are safe to be around at all. These circumstances are a few of many reasons why the wounded brave can easily give up all hope that one day they will know what it’s like to feel a connection to their world, that will lead to a meaningful life once again. My brothers and sisters at arms, our veterans, (Status: discharged, active, combat, and non-Combat,) signed their freedoms away. It is long overdue that they have more opportunities to feel the spirit of freedom present once more. That opportunity is within Thalassotherapy.

Thalassotherapy literally translates to, Sea Therapy because ‘Thalasso’ is Greek for the sea. In 1867, Dr. La Bonnardiere gave the ocean healing a name. He also observed that seawater is a therapeutic conduit that can prevent all sorts of ailments because it revitalizes and cleanses the system. Although he “coined” the term, he did not invent it. The esoteric Ancient Egyptians and Greek philosophers (Euripides, Hippocrates, Plato, and Herodotus) recognized the oceans held special properties that improved physical and mental health as early as 484 BC. They recorded the effects of the revitalizing results that came with those who were submerging themselves in seawater. One more example of how our veterans are guaranteed to receive some therapy within the ocean’s waters comes from an article published by Massage Magazine, “Not only do both of these fluids contain all trace elements and minerals, the quantities of minerals are nearly identical. Seawater is so close to our bodies’ internal environment that if white blood cells are removed from the body and placed in a sterile seawater solution, they are able to maintain normal cell function for up to five weeks; this is the only solvent that will accommodate continued cellular activity…” (Angela Eriksen-Stanley, the author). The benefits our wounded warriors can get from this vital source of minerals and trace elements are within every type of Thalassotherapy application. The Thalassotherapy benefits found within being submerged in its waters include Being with nature, improved range of motion, sleep, cognitive attention skills, mood, well-being, motivation, reduced mental, and physiological fatigue, and a heightened quality of life.

This sea therapy is the answer to a lot of the veterans who are suffering from PTSD, pain in their bodies, insomnia, depression, and fatigue. There are many forms of Hydro Therapy or water therapy. Thalassotherapy is the most beneficial to veterans who struggle with stress-related symptoms today. The ways Some of these fighters decide that they do want to take a step toward getting better, but don’t know where to start. For example, The Wave Academy helps guide veterans toward this holistic approach with the support of organizations and Veteran rehabilitation centers like VVSD (Veteran’s Village of San Diego). The Wave Academy utilizes the practice using a form of aquatic massage called, Watsu, and their goal is to enrich the lives of veterans who suffer from their wartime injuries. These are real testimonies written by veterans who took part in The Wave Academy’s program is proof that Thalassotherapy works. “I have been experiencing very real flashbacks recently and am on the verge of crying at any moment. Today was the first time I have felt safe all week and that overwhelms me with gratitude.” (Waves Academy, Post-911 Veteran, MTS and PTS, Session 7)
“ I was anxious upon arrival with racing thoughts. Had bad night terrors/sweats. In the water…it all melted away. Marcia is an angel healer. Thank you.”
(Waves Academy, Vietnam Vet, Session 9)

“After the 1st session: The experience is hard to explain…very comfortable, maternal, relaxing, unencumbering, free. One of the nicest experiences I have had in many years.” (Waves Academy, Post-911 Veteran, survived a suicide bomber, Session 1) Thankfully, there are organizations out there that are poised to help them adjust to life after the military. Another example of sea therapy experienced, but a sad one is of Navy rescue swimmer James Bizzle. He was suffering through his PTS and addiction and became homeless. Once he graduated a rehabilitation program for homeless veterans, he found his bearings. The first thing he did after that was to get a group of fellow vets to go snorkel with him because “It feels natural to go back to the water. It’s like I get to know myself all over again. It starts with the shock of the cold that says, ‘Wake up!’” (James Bizzle, The Snorks, Facebook Messaging Group). If there is something out there that can quell the symptoms of trauma experienced by a combat veteran, and it’s in the ocean. Motivation and a newfound sense of wonder can greet candidates that you would think did not fit the qualification of liking the ocean at all. This testimony comes from an original member of The Snorks group that expanded and made a Meet-Up in San Diego. “Shane Yost was terrified of the water. His ankle bears a tattoo of a line with the words Do not fill above this line. He wasn’t comfortably exceeding that depth, and he lived by those words. But on a day out from the Aspire Center, a veteran residential rehabilitation treatment program based in San Diego, he put aside that fear when a girl meekly asked if someone could join her boogie boarding. ‘One of my weaknesses is when someone asks me to do something,’ says Yost. So he crept into the ocean — and stayed there. Thirty minutes passed, and the post-traumatic stress disorder survivor realized he’d started having fun. Next came an invite from a friend to go snorkeling. One taste of swimming with seals and sea lions and Yost was hooked, devoting every weekend to his newfound hobby.”

Thalassotherapy doesn’t alter the inner workings of the brain that makes a person who they are. Instead, this holistic approach will be an experience that will quiet the mind and give the key back to the wounded soul. Two years after James stopped our regular Sunday 9 am Snorkel Session off La Jolla Cove, he lost sight of other commitments and became homeless again. I saw him at Operation Stand down San Diego this year. I asked if he snorkels anymore, and he said, “Man it’s been a while since I’ve gone out there. I miss it a lot.” The smile was proof to me that ocean therapy works. With just the memories of his time in the ocean water, he still can experience the happiness he felt, and flashback to the sense of relief it brought him.

To conclude, water has a healing power altogether and it comes in many different forms of therapies. Thalassotherapy, Balneotherapy, and the Chinese practice of taking in water. “Thalassotherapy faded away in the Western world when philosophers embraced Aristotelian logic, which was then nurtured by Galileo (1568–1642) and Descartes (1596–1650)… The decline may thus well be due to the adoption by the great minds of the time of stricter scientific viewpoints, and rational reasoning by the Renaissance researchers and thinkers.” (https://www.ncbi.nlm.nih.gov/pmc/articles/PMC5535692/)Thalassotherapy is a method of healing while using properties of the sea life (i.e. seaweed), ocean water, and climate to help give our veterans restoration of health, and energy which is creating within them an environment where they can feel at peace. 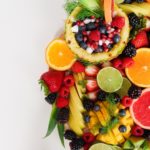 The Rise of Veganism

The Coronavirus is a Global Threat 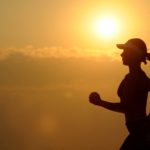 Health and Wellness Trends in 2020

Our admissions team is here to help!

By submitting this form, you are giving your express written consent for ICOHS College to contact you regarding our programs and services using email, telephone or text – including our use of automated technology for calls and periodic texts to any wireless number you provide. Message and data rates may apply. This consent is not required to purchase goods/services and you may always call us directly at 858-581-9460.
Now offering VA financial assistance!
Learn more
This is default text for notification bar
Learn more