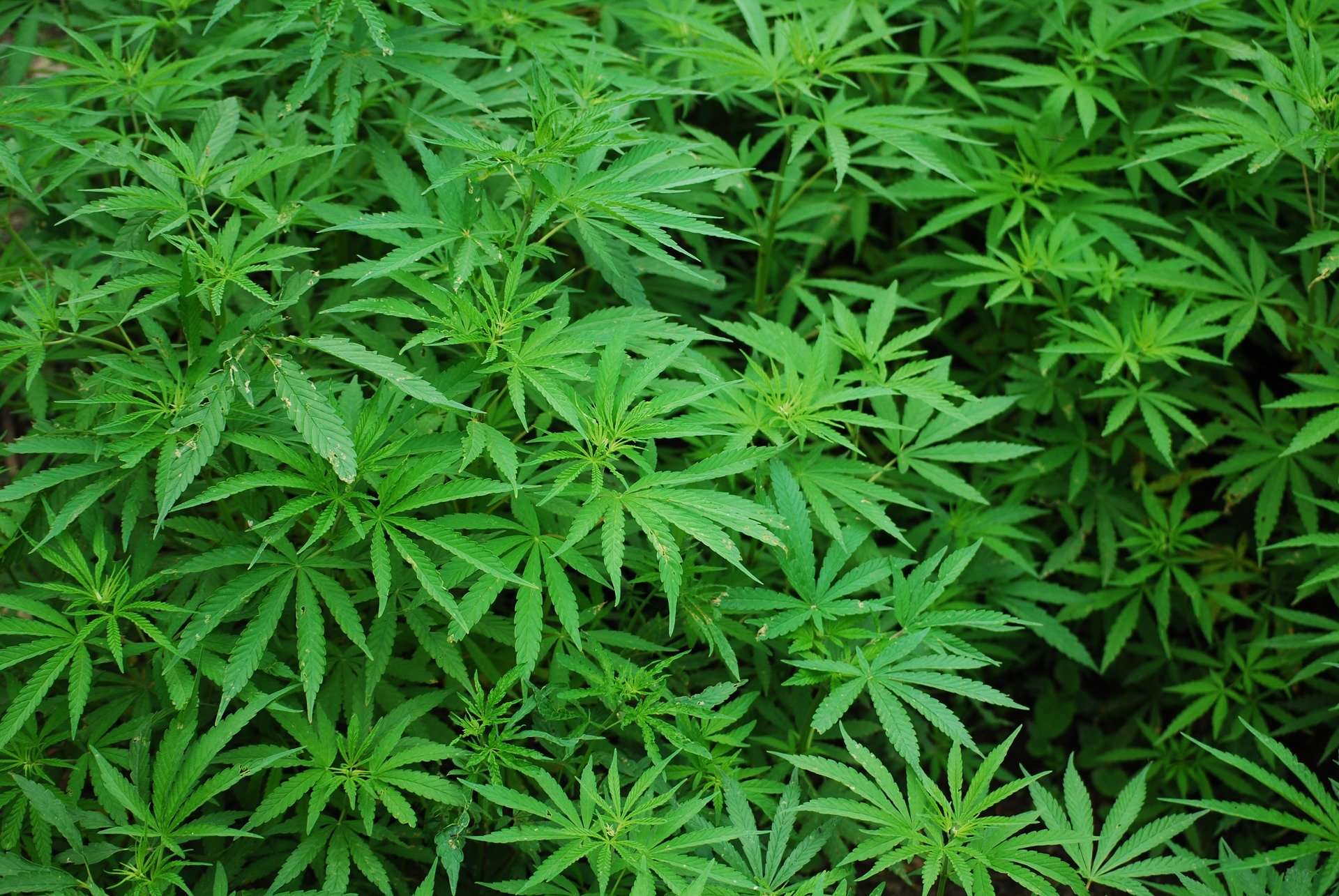 How This Medicinal Crop Can Help

With the legalization of recreational cannabis in California back in the latter half of 2016, more and more people have opened up to the idea of utilizing this ancient herb to bring relief from both mild and more serious health symptoms.
While there is significant research regarding the efficacy of medical marijuana and cannabis used as a healing crop, further studies need to be conducted in order for scientists – and in turn consumers – to better grasp the full extent of this plant’s abilities.
Not all people are keen, however, about turning towards marijuana for solutions. This crop has been highly stigmatized for decades, but with recent developments in legalization, cannabis is seeming like an even more viable option.
Currently, 33 states along with Washington D.C., recognize and allow the consumption of medical marijuana, and 11 states plus Washington D.C. have legalized cannabis recreationally. Considering that even 20 years ago the atmosphere surrounding cannabis was significantly different, we’d say this is massive progress.
While all individuals might not decide cannabis is their cup of tea, some doctors, particularly those with more alternative or holistic approaches, are implementing cannabis and its uses into their practices.
For those who reside in states where cannabis is legal either medically or recreationally, it may be worthwhile communicating with your doctor or certified health practitioner about adding medical marijuana into your treatment and symptom management plan.
While we are NOT stating that marijuana can treat or cure any of the following conditions, this article presents five potential benefits of cannabis along with what some research is saying.
But first, what is the makeup of the cannabis crop?

The cannabis plant said to carry medicinal properties and sold at dispensaries throughout the United States, is derived from the female species of a crop within the Cannabis genus. It is made up of colas, or collections of flower buds, which are then further broken down into individual buds. For cannabis crops that produce flower buds that are consumable and have the psychoactive properties typically linked with marijuana, there is a presence of trichomes, the resinous crystals that coat the buds of the plant.
Trichomes possess organic chemical compounds that give cannabis its altering properties. These organic chemical compounds are classified as either cannabinoids or terpenes. There are numerous terpenes existent in this world, and they can be found amongst many plants outside of just the cannabis crop. This compound is what gives each cannabis crop its distinct flavor and aroma.
Cannabinoids, on the other hand, are responsible for the typical effects cannabis normally has. These compounds are classified as major chemical ingredients of the marijuana plant, but it is one cannabinoid in particular that causes cannabis to be psychoactive. This cannabinoid is known as THC or tetrahydrocannabinol.
For those who desire stronger intoxicating effects from their cannabis, the presence of a higher quantity of THC will typically produce that desired impact. The second most common cannabinoid present in the cannabis crop is CBD or cannabidiol.
CBD has become immensely popular over the course of the past few years, typically being sold in an extracted sublingual tincture. CBD does not possess intoxicating effects on its own, which is why CBD products without the presence of certain quantities of THC won’t get you “high”. Due to its lack of intoxicating qualities, many individuals prefer cannabis strains with higher CBD contents and lower THC contents, but this preference varies greatly from person to person.

5 Benefits of the Cannabis Crop

Now that you have learned some of the basics about the composition of the cannabis crop, let’s dive into five benefits of the plant.

1. It lessens and regulates seizures

While it is not cannabis specifically that is known for its properties of seizure reduction but actually one of its cannabinoids, CBD, there are cannabis strains available on the market with higher ratios of cannabidiol.
For those who intend to turn towards CBD for its anticonvulsant properties, a high dosage CBD oil tincture may be selected, preferably one that is organic and thoroughly lab tested for impurities.
Though the use of cannabis for seizures has been widely debated, an FDA approved drug called Epidiolex, which is derived from cannabidiol (CBD), is prescribed for the treatment of two types of epilepsy; Dravet syndrome and Lennox-Gastaut syndrome.

Many individuals opt for the use of cannabis to help with pain management, an option that does seem to be backed up by some scientific studies.
Ethan B Russo, for example, in the journal Pain Medicine states, “Acute reaction to dosing often produced a “sigh of relief” associated with pain abatement. This was accompanied by improvement in mood, a degree of relaxation, and a sense that while the pain might still be present, even unabated in intensity in some instances, rather it became tolerable…”
Additionally, many studies related to the efficacy of CBD specifically for the treatment of pain, are available to gain a deeper insight and understanding into how cannabidiol, a vital component of marijuana, does manage pain. A number of studies can be found here on the ProjectCBD database.

3. It might be able to aid in weight loss.

Recently, various news sites began reporting on cannabis’s weight loss potential. As it turns out, some scientists have connected the cannabinoid THC (the one that also gets you “high”) with its ability to aid in weight loss.
Tom Clark, a researcher at Indiana University South Bend examined the results of seventeen studies involving nearly 156,000 people, discovering that those who consumed cannabis were lighter in weight than those who did not, with a 7 percent lower BMI, on average.
For those who aim to lose weight, cannabis might just be the option to turn towards.

For those enduring the debilitating effects of a chronic illness or other serious condition, appetite loss is often an accompanying and unpleasant symptom.
Researchers studying cannabis’ effects on appetite stimulation, discovered that the plant has great potential for creating a more balanced state. Experts at Washington State University found that rats dosed with a specialized cannabis vapor possessed certain regions of the brain that shifted into a “hungry” mode, and they discovered that cannabis is able to turn eating behavior “on and off” in the body.
While it was already well known by many that cannabis could stimulate appetite potentially, this study provided greater insight into the ways in which it does so, allowing us to better understand marijuana and its connection with the inner biological world.

ADD/ADHD can be a challenging and at times can carry debilitating symptoms along with it. While there are many medications available meant to help balance the symptoms and create a greater structure for those who struggle with focus, productivity, and more, not everyone sees eye-to-eye with the consumption of such medicines. For this reason, natural alternatives are often a more suitable option for some.
Cannabis, along with one of its extracted cannabinoids, CBD, has the potential to help manage symptoms of ADD and ADHD, according to science.
In an article written about ADD/ADHD and its relationship to cannabis, Leafly reports “Dr. David Bearman, a figurehead of cannabis research, has studied the relationship between the cannabinoid system and ADHD and discovered potential therapeutic value as cannabinoids interact with the brain’s dopamine management systems.”
Additionally, ProjectCBD cites around ten other studies that dive into cannabis’ efficacy for the management of ADD/ADHD.
While more research is needed, the evidence that does seem to be appearing looks promising.

Final Thoughts on the 5 Benefits of Cannabis

While certainly we are not including all the available research for each of these categories, we hope this article has been able to provide you with a foundation for a few of the benefits of cannabis.
In the past decade primarily, many holistic health practitioners have begun included cannabis therapies into their practices.
If you are interested in alternative health solutions and are considering pursuing a career in holistic health, ICOHS is a non-profit vocational school in the heart of San Diego offering a comprehensive Holistic Health Practitioner program.
Our passionate and dedicated educators work hard to prepare their students for fulfilling careers in holistic health, tailoring each course to meet each individuals’ needs.
Does a career path in holistic health sound like your calling? Reach out to us today and request more information.