What if we told you that you could make money for hacking into computer networks? Sounds crazy, doesn’t it? Well, it’s true. The world of cyber security is growing immensely, and the need for security specialists who can hack into computer systems to identify weaknesses is growing.

According to PandaLabs, 230,000 new malware samples are created every day. For this reason, in 2020, over $123 billion was spent on cyber security. Experts estimate that 43% of cyber attacks are aimed at small businesses.

To protect against illegal hacking, the need for cyber security specialists and ethical hacking is growing. Keep reading to learn more about the concept, how it differs from malicious hacking, and which ethical hacking books to read when exploring this exciting career field.

What Is Ethical Hacking?

Ethical hacking is a term used to describe the authorized attempt to gain unauthorized access to a computer network, data, or application. In other words, ethical hacking duplicates the processes that illegal hackers would take to learn about security vulnerabilities.

Related: What’s the difference between network security and cyber security?

Learning the best hacking techniques takes time. Short of completing a formal education in computer science, you can learn some common hacking attacks from books written by experts. With the best ethical hacking books of [currentyear], computer hacking beginners can learn the basics of hacking, modern tools to add to the arsenal, and even how to become full-blown penetration testers.

The Hacker Playbook 2 (THP2) was written by security professional and CEO, Pete Kim. THP2, and its subsequent editions, is the go-to source for beginning ethical hackers. It was published in 2015, but hacking beginners still use it today.

Through a series of “plays,” this book gets to the root of attacking different types of networks, pivoting through security protocols, and evading antivirus software. It teaches the reader the basics of penetration testing in an easy-to-read format that incorporates the latest tools and lessons learned from the industry.

You can buy this book on Amazon for as little as $15.

The Hacker Playbook 3 (THP3) is a beginner-friendly book written by Peter Kim. It was initially published in 2018 and remains one of the best ethical hacking books for individuals new to the field.

THP3 helps the reader bring their offensive security to the next level with various new tricks, exploits, and attacks. In particular, it focuses on Red teams, which simulate real-world attacks to test how an organization’s defenses respond when hacked. The book also talks about multiple entry points for penetration testing, custom malware, lateral movement, and how to be persistent.

You can purchase physical and ebook copies of this book on Amazon.

Georgia Weidman wrote this penetration tester’s guide back in 2014. It remains one of the best introductions to ethical hacking.

Weidman is a security expert and researcher who introduces her reader to the basics of hacking and penetration testing. The book also introduces a variety of tools such as Kali Linux, Wireshark, Nmap, and Burp Suite.

After completing the read, you will have learned how to crack passwords, launch wireless attacks, test vulnerabilities, automate social-engineering attacks, and bypass antivirus software.

The text can be purchased on Amazon and is also available on Kindle.

4. Hacking: The Art of Exploitation

Hacking, The Art of Exploitation is an intermediate hacking book written by Jon Erickson. The second edition of this book was published in 2008, but the information remains very relevant to modern ethical hacking.

In Hacking, Erickson teaches about problem-solving and finding unconventional solutions to difficult problems. Erickson also introduces the fundamentals of C programming from the hacker’s perspective in a way that is accessible to most readers.

Used copies, new paperbacks, and e-book copies can be purchased on Amazon anywhere from $25 to $34.

Peter Yaworski wrote Real-World Bug Hunting back in 2019. It is the industry’s best field guide to finding software bugs.

In this book, you will learn about the most common types of bugs, like cross-scripting and server-side forgery. It uses real-world case studies to teach how the internet works, how unauthorized hackers compromise websites, how to identify vulnerabilities, and how to submit vulnerability reports.

If you already have a solid base of ethical hacking knowledge, then this advanced book is a good next step. You can easily purchase this hacker’s handbook from Amazon for $23.10.

Gray Hat Hacking is the perfect ethical hacking book for advanced hackers. It was written by nine different cyber security professionals. The sixth edition of this book was just published in 2022. For that reason, penetration testers love the modern penetration testing framework that is highlighted in this newest edition.

This is not a computer hacking beginners guide. The authors go way beyond just the most common hacking attacks. This ethical hacking book teaches about reverse engineering to exploit Kali Linux software, social engineering, gaining access to wireless networks, and how to crack encrypted wireless traffic.

This book is available for purchase in electronic and softback copies on Amazon for as low as $32.77.

How Can I Become an Ethical Hacker?

Organizations all over the globe rely on white hats, penetration testers, and network security professionals to identify and remediate security flaws. They are responsible for exploiting vulnerabilities by using modern hacking techniques and offering advice to fix the problem.

Many entry-level careers exist for ethical hackers. But one can also grow their career and take on managerial and leadership positions. Common job titles that utilize ethical hacking include:

Formal training in cyber security is typically required to obtain these titles. Of course, a few additional steps may be necessary for breaking into the field. Read on below to learn how to get started.

Get the Right Education

ICOHS College understands the importance of learning about modern ethical hacking strategies to fine-tune the art of exploitation so that ethical hackers can enhance computer security and protect against hackers. That’s why we have recently introduced our Cyber Security Specialist Certification Program.

To become a successful penetration tester, one should know all the basics related to computer networks and offensive security, as well as:

With a certificate in cyber security, you are well on your way to gaining experience and obtaining career opportunities. These credentials may also help you pass the CompTIA Security+ and CompTIA CySa+ certifications.

Companies hire experts who possess the proper certification and knowledge to utilize essential hacking tools such as Metasploit, Netsparker, and OpenVAS.

Try reaching out to your local network to see if you can begin with an internship or some volunteer work. You can also take things into your own hands, developing proprietary attack programs on your own to send off to potential employers.

Ethical hackers differ from illegal hackers because they have authorized access to attempt to hack into a computer network. Once they gain access, they provide solutions to enhance the overall network security. Often, ethical hackers sign non-disclosure agreements to preserve the sensitivity of the organization’s data.

White hat hackers are cyber security specialists that are permitted to hack into an organization’s protected systems. They are ethical hackers that highlight weaknesses in cyber security not to steal data but to better protect it in the future.

Before starting Apple, Steve Wozniak and Steve Jobs were white hat hackers. They created something called “blue boxes” which hacked the phone system so that callers could make free long-distance phone calls.

Grey hat hackers are individuals who do not have legal permission to hack into a computer system. Once grey hat hackers have accessed protected data, they often ask for a fee to fix their vulnerabilities instead of using the information they found maliciously.

Marcus Hutchins is of the most famous gray hat hackers. In 2017, he thwarted a North Korean cyberattack called WannaCry. In just a few hours, the WannaCry hackers crippled the British healthcare system and caused billions of dollars of damage in over 150 countries. Not long after the attack launched, Hutchins figured out a way to stop the attack and cease further damage from occurring.

Black hat hackers are malicious hackers that break into computer networks to steal data, spread malware, modify data, or destroy it. They do not have permission, and they do not care about helping fix security flaws.

Before becoming a cyber security professional, Kevin Mitnick was one of the most famous black hat hackers. Mitnick carried out a two-and-a-half hacking montage that revealed millions of dollars of corporate secrets from companies like Motorola and IBM. He even hacked into the National Defense Warning System.

Over the years, the threat of cyber-attacks performed by black hat hackers has grown exponentially. Without white hat hackers identifying and remediating the flaws ahead of time, an organization remains at risk. For that reason, security professionals and ethical hacking are the future of cyber security.

Companies all over the country are looking for and hiring cyber security experts. The job market for cyber security is set to reach $345.4 billion by the year 2026. So what are you waiting for? It’s time to invest in your future and get involved. Enroll in a cyber security certification course today to kick off your career as an ethical hacker.

What are the seven types of hackers?

Grey Hat Hackers
Unauthorized hackers who identify weaknesses in an organization’s cyber security and who do not use the data they find maliciously. Oftentimes, grey hat hackers use their unauthorized access for good. Some grey hat hackers go on to become white hats.

Black Hat Hackers
Unauthorized hackers hack into computer systems with malicious intent. They cause damage, steal money, and show no remorse. Black hats are criminals that operate for their own personal profit. They are the reason why ethical hacking has become such an important career field.

Red Hat Hackers
These are government-hired hackers whose primary responsibility is to find and disarm black hat hackers. For example, Edward Snowden was one of the National Security Agency’s (NSA) most talented computer intelligence consultants. In today’s globalized and technological world, red hat hackers are the first line of defense when it comes to international cyber security. The popular film Snowden depicts a red hat security contractor and their disillusionment with the NSA security protocols and illegal surveillance.

Green Hat Hackers
Hackers in training primarily focus on gaining knowledge about basic security cyber security attacks. They are new to concepts like social engineering, Metasploit, and reverse engineering. Some green hat hackers are self-taught, but many of them also formally study computer science and cyber security.

Hacktivists
Politically motivated hackers hack network systems to draw attention to political or social issues. Hackers like the Jester and Anonymous are famous hacktivists who use their expertise to launch cyberattacks against government institutions, agencies, corporations, and even the church of Scientology.

What is the best hacking book for people who want to learn how to code?

Who is the number one hacker in the world?

Kevin Mitnick is probably the number one hacker in the world. In the past, Mitnick hacked into over 40 major corporations, which landed him on the FBI’s Most Wanted List. Presently, Mitnick is the CEO and chief white-hat hacker for one of the world’s most advanced cyber security firms.

How much an ethical hacker makes will vary based on their location and the companies they work for. However, the national average yearly salary for ethical hackers is around $119,289, or about $57 per hour. 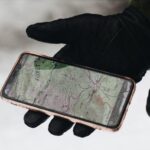 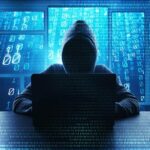 How to Become a Hacker

Are you a veteran who lost your job due to covid-19 and exhausted your G.I. bill benefits?