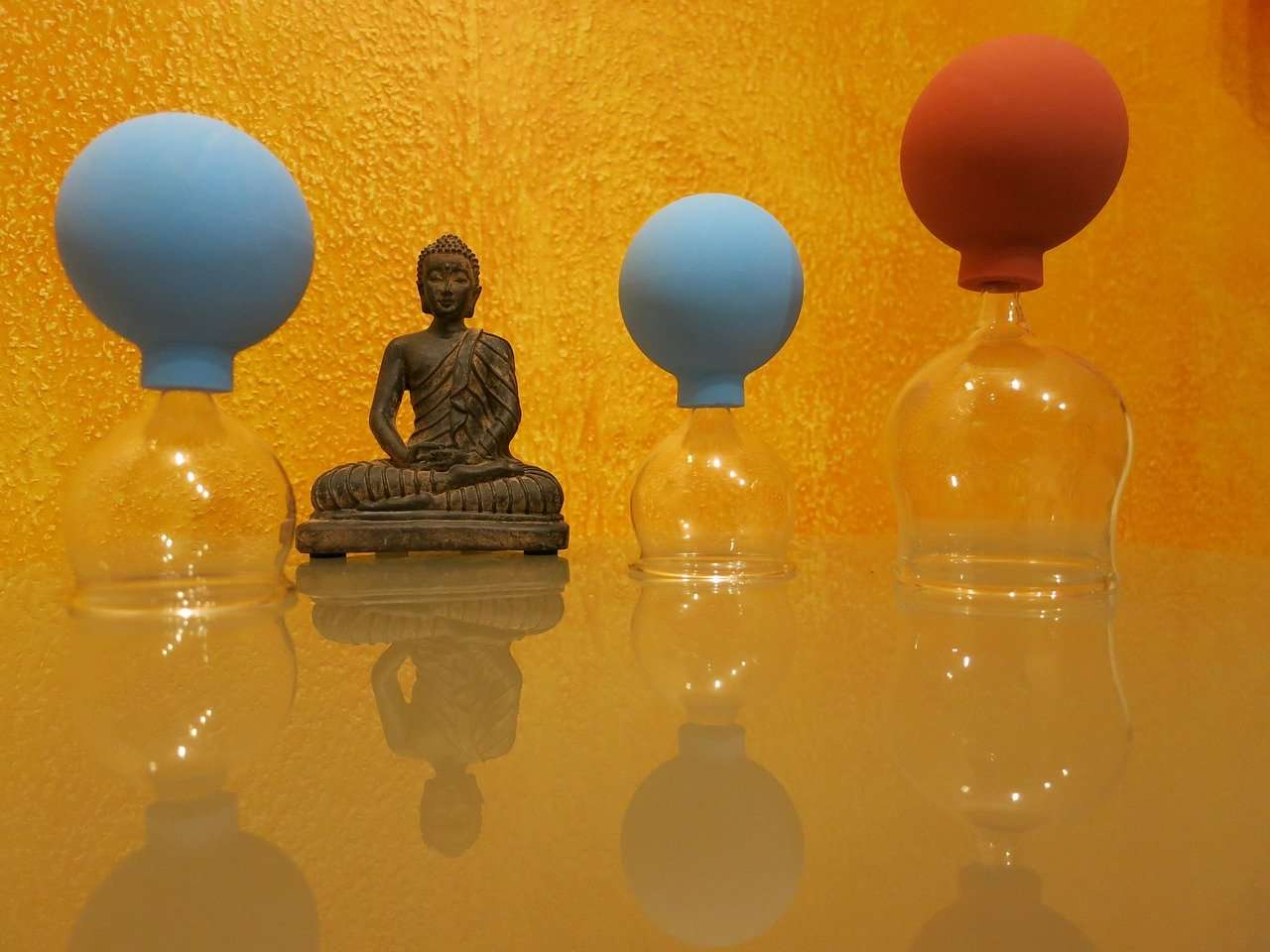 What is Cupping or Cupping Therapy?

The Suction Cups (Bá Guàn 拔罐 in Chinese), is an ancient technique that comes from traditional Chinese medicine, cupping therapy basically consists in using suction cups that adhere to the skin at specific points by the vacuum that is created within them.

There is evidence that not only the Chinese used it but also the Egyptians, Arabs, Greeks and in Europe during the Middle Ages, they were built of bamboo, glass, clay, bronze. Today they are usually made of glass or plastic.

Although formerly cupping suckers could be ceramic, clay or bamboo, nowadays they are made of glass or plastic (with or without valve). In glass, this vacuum is obtained following the traditional method: by lighting a piece of cotton inside it to perform the combustion of oxygen and thus generate the vacuum once the suction cup is placed on the skin. The professional can resort to different methods of application with their manipulation, according to the objectives of the treatment:

The experience of professionals who apply cupping and that of the patients themselves who undergo it allows us to say that the application of this therapy entails numerous health benefits of various kinds, sometimes in a preventive and another rehabilitative manner. Among them, the following:

Role in sport and scientific evidence of cupping

After a cupping session, also known as cupping therapy, it is possible to reduce muscle pain and fatigue, reduce inflammation and accelerate recovery. Hence, many high-performance athletes, such as athletes and Olympic swimmers, often use this technique to recover their physical condition quickly when they are in competition. In addition to resorting to it to eliminate contractures and prevent injuries.

A recent study on cupping, New is the well-forgotten old: The use of dry cupping in musculoskeletal medicine ensures that there is initial scientific evidence on its effectiveness in reducing musculoskeletal pain. There are also works that underpin the validity of cupping therapy for back pain by stopping inflammatory processes. And postulates that recommend it when it comes to the autonomic nervous system and reduces pain. Now, it is true that new scientific papers are needed that provide more light on their real clinical and therapeutic effects. (Rozenfeld & Kalichman, 2015)

From the point of view of Western medicine, it is necessary to continue researching about this therapy and its scientific evidence. In this sense, professionals of Traditional Chinese Medicine recommend research aimed at standardizing protocols, types of suction cups, number of sessions and frequencies, etc. On the other hand, as it is an alternative therapy, the placebo effect may be at the origin of its benefits, since there are not enough studies to verify the number of benefits attributed to it.

What risks can the application of Cupping or suction cups have?

In the hands of an expert professional, the use of suction cups is a simple and meticulous job, without risk to the patient, who in turn will begin to feel the improvements he was looking for. However, it is advisable to convey security and confidence at all times, explain slightly what will be the method to be applied, tell you that you may feel some discomfort and warn you about the reddish appearance of the skin after the session. Normally, it shows circular welts or purple spots, the product of suction and blood flow congestion. But in a few days, these bruises disappear naturally.

Al-Bedah. (2019). The medical perspective of cupping therapy: Effects and mechanisms of action. Journal of Traditional and Complementary Medicine.

Rozenfeld & Kalichman. (2015). New is the well-forgotten old: The use of dry cupping in musculoskeletal medicine. Beër Sjeva: Elsevier.