MyCAA the Benefit Military Spouses May Not Know About

What is the MyCAA?

The Military Spouse Career Advancement Account Scholarship (MyCAA) is a workforce development program that provides up to $4,000 of tuition assistance to eligible military spouses.
The scholarship helps military spouses pursue licenses, certificates, certifications or associate degrees necessary to gain employment in high demand, high growth portable career fields and occupations. Spouses may use their MyCAA funds at any academic institution approved for participation in the MyCAA Scholarship.

MyCAA is eligible for:

Spouses of service members on active duty in pay grades E-1 to E-5, W-1 to W-2 and O-1 to O-2 who can start and complete their coursework while their military sponsor is on Title 10 military orders, including spouses married to members of the National Guard and reserve component in these same pay grades.

MyCAA is not eligible for

What Does MyCAA Cover?

The MyCAA Scholarship pays tuition costs for education and training courses and examinations leading to an associate degree (excluding associate degrees in General Studies, Liberal Arts and Interdisciplinary Studies that do not have a concentration). The scholarship also covers the costs for obtaining a license, certificate or certification at an accredited college, university or technical school in the United States or approved testing organization that expands employment or portable career opportunities for military spouses.
•Tuition for courses and examinations not included in the spouse’s Education and Training Plan and courses already started or completed by the spouse
• Reimbursements of any kind
• Books, supplies, equipment, uniforms, computers and electronic devices of any kind
• Student activities, events and entertainment
• Pre-payment/deposits for future courses, unless costs are part of a block of study
• School or college level entrance examinations, comprehensive exams and related preparatory courses
• Courses, tests or fees normally paid by an employer as part of a job training program
• Fees of any kind including, but not limited to, registration fees, technology fees, parking fees, etc.
• Non-academic credit or ungraded courses, including courses taken on an audit basis or as an internship, practicum, apprenticeship or clinical supervision; also, non-academic credit or ungraded orientation programs
• Courses taken more than one time, unless MyCAA has received a full refund from the school
• Academic credit by examination tests (CLEP)
• General studies, liberal arts and interdisciplinary associate degrees that do not have a concentration
• Personal enrichment courses (excluding academic credit/graded electives in an approved MyCAA Spouse Education and Training Plan)
• Transportation, lodging, child care and medical services
• Course extensions (except for approved hardship waivers)
• Study Abroad Programs (excluding programs of study offered by participating MyCAA schools on overseas military installations)
• Private licenses (For example, a private pilot’s license would not be covered because it is for recreational use, but a commercial pilot’s license would be covered because it would be used for an occupation.)
• High school completion programs, including online high school completion programs
• Continuing Education Credits to maintain a standing in a professional organization

ICOHS College in San Diego is a MyCAA approved school and offers programs in Holistic Health, Massage Therapy, and Information Technology. Request information about our academic programs and scholarship for military spouses by email: admissions@icohs.edu or call: 858.581.9460 Ext: 8001 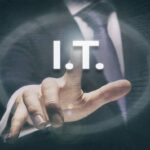 5 Best IT Certifications for Beginners with No Experience 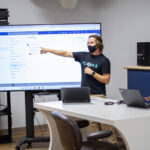 7 Tips on How to Get Into IT 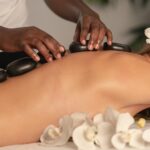 Our admissions team is here to help!

By submitting this form, you are giving your express written consent for ICOHS College to contact you regarding our programs and services using email, telephone or text – including our use of automated technology for calls and periodic texts to any wireless number you provide. Message and data rates may apply. This consent is not required to purchase goods/services and you may always call us directly at 858-581-9460.
Now offering VA financial assistance!
Learn more
This is default text for notification bar
Learn more