Ethical hacking is a pretty hot topic in the world today. Tens of thousands of people are interested in the career, and for good reason. As companies move operations online, demand for cyber security specialists continues to grow. According to the Bureau of Labor Statistics, the job market for information security analysts will balloon by 33% over the next decade.

Below, we’ll explain the connection between ethical hacking and cybersecurity. We will also outline the steps needed to break into the field.

What Is an Ethical Hacker?

An ethical hacker, also known as a white-hat hacker, is a cyber security expert who legally hacks into computer systems to identify weaknesses in the system. They use that information to offer employers suggestions on remediating security issues and enhancing the computer network.

Because of the uptick in hacking events over the past few years, opportunities for individuals interested in the white-hat counterforce have grown exponentially. Some of the professional titles they may assume include security analysts, penetration testers, vulnerability assessors, and security consultants.

Interested in becoming an ethical hacker? Learn how to get into cyber security with no experience today.

What Does an Ethical Hacker Do?

Ethical hackers break into computer systems to detect weaknesses in the network. In other words, ethical hackers carry out offensive attacks to learn how to enhance the defensive security that is responsible for keeping data secure. They do so using the same hacking techniques as malicious, black-hat hackers and with explicit permission from the company whose system they are trying to access. This is also known as offensive security.

White hat hackers focus on identifying threats and security breaches. Then, with security clearance, they carry out cyberattacks to acquire access and discover vulnerabilities. Once a threat has been identified, they move on to phase two of the job.

Once the ethical hacker has finished their penetration testing, they remediate the problem with enhanced security measures. They use their working knowledge of computer networks and offer solutions to improve risk management.

That’s not to say that once a threat or vulnerability has been fixed, their job is not done. Ethical hackers often continue monitoring the computer system in question.

Ethical hackers have many practical skills. One of which is to assess firewall efficiency. As information security analysts, ethical hackers perform cyber attacks to evaluate the security of web servers and firewalls.

Social engineering revolves around convincing individuals to reveal confidential information. An essential part of an ethical hacking career is to identify the most common socially engineered hacking scams and defend against them.

What Kind of Education do Ethical Hackers Need?

In the cyber security industry, there are no regulated education requirements. While an undergraduate or graduate degree in cyber security or adjacent fields can help you achieve more advanced roles, certification is also a viable option. This is especially true for individuals who want to break into the workforce quickly.

For someone wondering how to become an ethical hacker, getting certified is typically the fastest, most affordable, and most effective avenue. With a certification in network security or ethical hacking, you can get a jump start into the career without the extra time or costs related to a degree.

What Skills do Ethical Hackers Need?

Ethical hacking requires many skills. To become a successful hacker, one must be versed in general operating systems, cyber security, penetration testing, and offensive security.

What Types of Jobs Can Ethical Hackers Pursue?

After gaining the necessary knowledge and skills, ethical hackers can pursue a number of different positions. The choice depends on where they work, the company or organization they work for, and any special skills they may possess.

A penetration test, or pen test, is an authorized attempt to hack an IT infrastructure to identify security weaknesses. In other words, a penetration tester uses their knowledge and ethical hacking skills to hack into systems and then offer solutions to fix the problem.

A security analyst is an individual who monitors computer systems and prevents cyber attacks. These individuals also fall under the umbrella of white hat hackers. They create firewalls and implement security measures to protect data and larger computer networks. The knowledge and skills they possess are incredibly valuable for the safety and security of computer systems, programs, and software.

Cryptography is the study and process of writing and cracking encryption codes. A cryptographer is someone who designs the encryption coding utilized for data security. Ethical hackers often possess a background in cryptography.

In IT, a “bug” is an error in computer coding. A bug bounty is a reward for ethical hackers that identify vulnerabilities in a computer program or system. These contracted opportunities provide viable ways for ethical hackers to make money and advance their careers. Back in 2020, one individual actually earned over $15,000 for identifying a bug in the Shopify e-commerce platform.

Simply put, the job outlook for ethical hackers or information security analysts looks incredibly promising. As of 2020, there were over 140,000 positions available. And that number continues to grow.

The Bureau of Labor Statistics expects almost 50,000 new jobs will hit the market by the time 2030 rolls around. Many of these openings are the result of workers transferring to other careers or retiring from the labor force entirely.

As of 2021, the organization reported the median pay for security analysts falls just over $100,000, with the highest ten percent of earners picking over $165,000 per year.

Depending on the position you want to secure, a bachelor’s degree or beyond may be required to become an ethical hacker. However, many employers are open to hiring analysts who have acquired ethical hacker skills through alternative means, like certification.

It should be noted that not all ethical hacking careers end well. Unfortunately, some white hats have used their hacking skills and security access for illegal purposes. Exposing confidential data, altering, misusing, or destroying company data have all been carried out by white hats who have gone rogue.

Becoming an ethical hacker may sound daunting. But with some research and perseverance, you can gain the necessary skills and certifications you need to join the field. Kick off your career today by enrolling in the Cyber Security Certificate Program from ICOHS College.

What other kinds of hackers exist?

Ethical hackers, or white hat hackers, are not the only hackers out there. In fact, they exist primarily because black hat hackers came first. Black hats are malicious hackers who illegally infiltrate computer systems to steal, destroy, and otherwise ruin confidential data.
But the world of hackers doesn’t stop there. There are many other kinds of hackers with their own colored nicknames.

Red Hats: Red hat hackers have often been described as vigilantes. Typically red hats work alone, but they also work on red teams of similarly minded hackers. Their primary purpose is to track down and disarm black hat hackers. They do so utilizing many of the same illegal channels black hats use.

Blue Hats: Blue hats are very similar to white hats. They are employed by a company and on blue teams to test new software and find bugs before it gets released.

Grey Hats: These guys have all the necessary skills and are a mixture of black and white hats. Grey hat hackers identify security vulnerabilities like white hats but do so without permission like black hats.

Green Hats: Green hats are beginner hackers, also known as “script kiddies”. Green hats are stigmatized in hacking culture for their lack of understanding and skills. Because they lack the skills required to be a professional hacker, they often use scripts created by other more skilled hackers to carry out their attacks.

Hacktivists: Hacktivists are politically-driven hackers. They use their skills to illegally hack into government or private industry networks to draw attention to a social issue or political cause. Hacktivism has become a modern form of protest where valuable information is stolen for political or social purposes.

Is it illegal to be a white hat hacker?

No, it is not illegal to be a white hat hacker. Besides blue hat hackers, white hat hackers are often the only type of hackers that have permission and legal authority to use their wisdom and carry out their hacking for good.

What are some drawbacks to being a white hat?

Becoming an expert in hacking is not all fun and games. There may also be some drawbacks to being a white hat. The primary disadvantage is that the scope of a white hat can be minimal. Often, white hats focus on small portions of a much more extensive computer network. This sort of work can be very tedious and time-consuming.

In addition, white hats often work under a time crunch. This is especially true for contracted consultants. Once they are hired, they only have a limited time to identify the security vulnerabilities and fix the problems. This sort of work environment can be nerve-wracking and stressful. 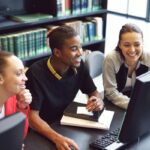 Do You Need a Degree For Cyber Security? 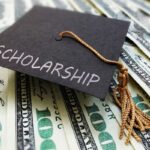 Why Are Scholarships Important? 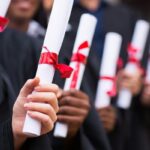 Chatericka Miles

April 2022
Read More
I like this school! The staff is amazing and really take the time to help. 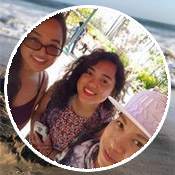 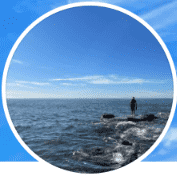 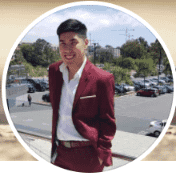 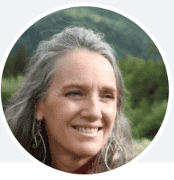 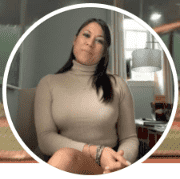 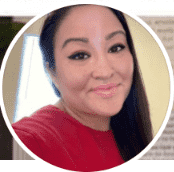